The Hibernauts wanted me to shoot their press photos.

And they waned to have a milk fight.

So we did both.

Thanks to Bobby Marksteiner for use of his camera and trigger finger.
Thanks to the Gartners, Nick & Dan, for help with lighting setup. 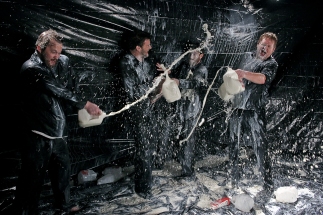 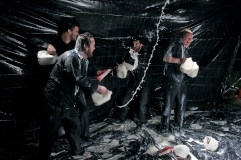 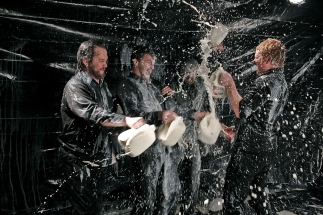 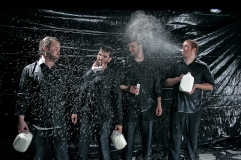 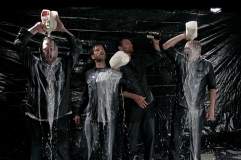 They wanted to use the photo for their press “one sheet”, so I dropped it in accordingly and laid out the remaining elements, all of which I either designed or wrote (yes, I wrote the… overreaching… bio below), save for the album artwork which was design by the illustrious John Vogl (of The Bungaloo), with my humble direction. 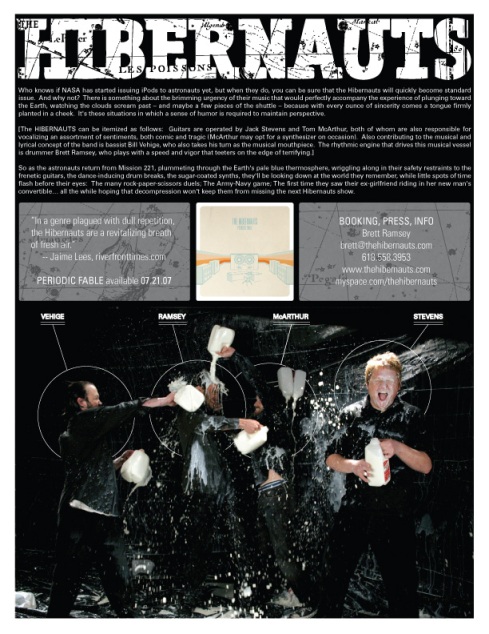 Who knows if NASA has started issuing iPods to astronauts yet, but when they do, you can be sure that the Hibernauts will quickly become standard issue.  And why not?  There is something about the brimming urgency of their music that would perfectly accompany the experience of plunging toward the Earth, watching the clouds scream past – and maybe a few pieces of the shuttle – because with every ounce of sincerity comes a tongue firmly planted in a cheek.  It’s these situations in which a sense of humor is required to maintain perspective.

[The HIBERNAUTS can be itemized as follows:  Guitars are operated by Jack Stevens and Tom McArthur, both of whom are also responsible for vocalizing an assortment of sentiments, both comic and tragic (McArthur may opt for a synthesizer on occasion).  Contributing to the musical and lyrical concept of the band is bassist Bill Vehige, who also takes his turn as the musical mouthpiece.  The rhythmic engine that drives this musical vessel is drummer Brett Ramsey, who plays with a speed and vigor that teeters on the edge of terrifying.]

So as the astronauts return from Mission 221, plummeting through the Earth’s pale blue thermosphere, wriggling along in their safety restraints to the frenetic guitars, the dance-inducing drum breaks, the sugar-coated synths, they’ll be looking down at the world they remember, while little spots of time flash before their eyes:  The many rock-paper-scissors duels; The Army-Navy game; The first time they saw their ex-girlfriend riding in her new man’s convertible… all the while hoping that decompression won’t keep them from missing the next Hibernauts show.